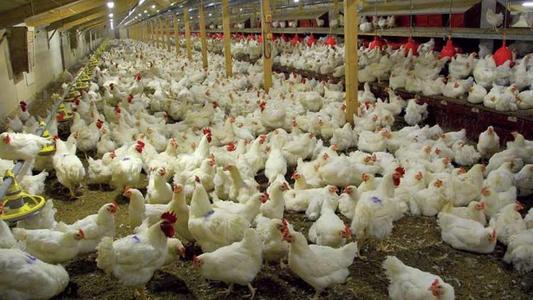 Whilst consumers are now more aware of the treatment of sows in the pork industry, they rarely hear about, or consider the welfare problems associated with the parent birds (i.e. the broiler breeders) in the chicken meat industry. Parent birds are housed and managed intensively in environmentally controlled sheds, which allows for maximum stocking densities - see example photo above.

In her book "Animals Make Us Human: Creating the Best Life for Animals”, Dr. Temple Grandin describes it this way:

"The trouble is that the breeder chickens, the parents of the broilers, have the same stupendous appetites as their chicks. If you let a broiler breeder chicken eat everything she wants, she will become obese, her fertility will decline, and her life will be shortened. These chickens have to be kept on a strict diet just to maintain normal weight. They act miserable, and many of them develop stereotypies. These birds have low welfare no matter what you do. If you let them eat all they want, they have bad welfare and if you don’t let them eat all they want, they also have bad welfare. It’s terrible. The industry is going to have to breed parent stock with smaller appetites. There’s no other way to fix the problem”.

Broiler breeder's progeny are distributed across the intensive and large-scale alternative chicken meat industry in the form of fertile eggs and hatched meat chicks. They are also further distributed to small independent hatcheries who sell them onto small-scale producers.